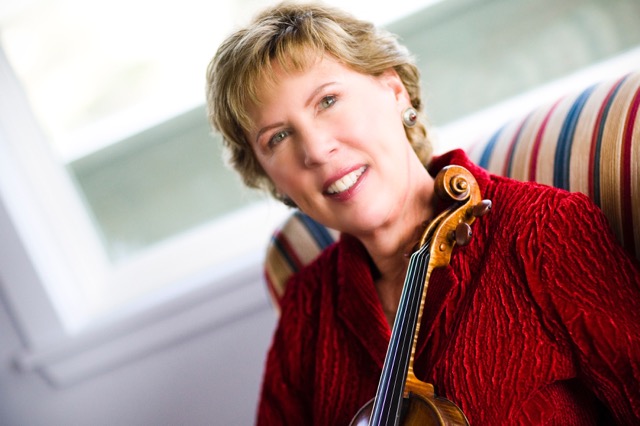 Kathleen Lenski grew up in Los Angeles and began performing in public at the age of three. A graduate of the Juilliard School, she appeared as soloist with the Los Angeles Philharmonic, the Seattle, San Francisco, and St. Louis Symphonies. She served as soloist and concertmaster of the Los Angeles Chamber Orchestra, Long Beach Symphony, and the Oregon Bach Festival. She recorded the complete Haydn string quartets with the Angeles Quartet, winning the group a Grammy. Lenski worked in the Hollywood film industry for many years, performing on soundtracks for hundreds of films including E.T., Schindler’s List and all of the Disney animated features. She made her debut at Walt Disney Concert Hall in 2008, performing with the San Luis Obispo Symphony in the Los Angeles premiere of Ecos armónicos, a violin concerto written especially for her by composer Craig Russell.

Since moving to Los Osos in 2000, she has been happily living the “SLO life,” performing, and coaching local musicians. She currently serves as an Artistic Advisor for Orchestra Novo.